Alice Carroll received her BFA from Maine College of Art and an MFA from Rochester Institute of
Technology. After receiving her MFA, she was selected to be an Artist in Residence at Penland
School of Crafts. During her residency she acted as the Metals Studio Coordinator. This gave
her the opportunity to meet with some wonderful metalsmiths and start to share some of her
knowledge. During this time she developed a jewelry line that she sold wholesale across the
country. She also explored working in metal on a large scale, forming vessels and later, wall
hangings in copper and bronze.
She returned to Maine after her residency ended, and began teaching workshops. In 1998, she
became the Head of the Metals Department at Heartwood College of Art, where her love of
teaching began.
In 2003, she joined Sanctuary Arts as the metals instructor, and also later began teaching at
River Tree Arts. During this time she realized how much she wanted to teach and share what
she knew and became certified to teach art in the State of Maine. She has had the opportunity
to teach workshops at several locations, including Kennebunk Public Schools, and in many
private forums.
She continues to produce and sell her work, and uses her classes as inspiration. She considers
teaching classes as an art form, and enjoys every moment in the studio with students. 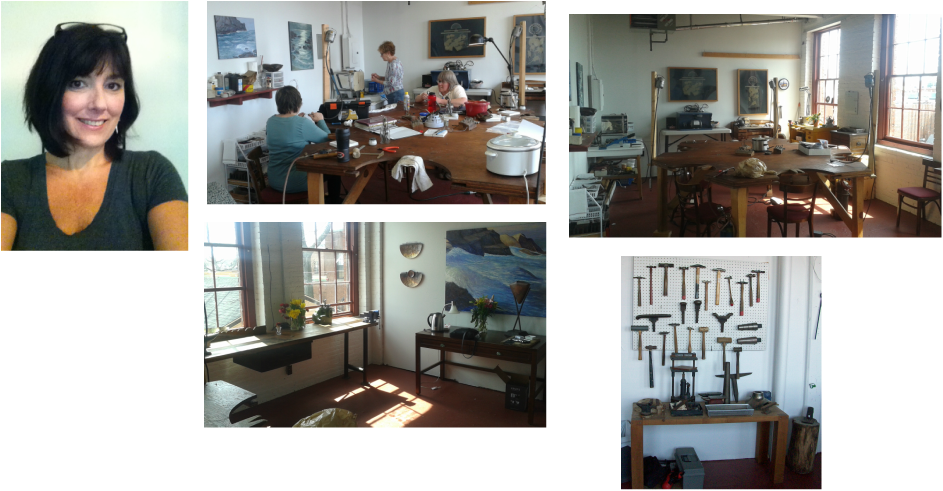